You are here: Home / Best of YouTube / So You Wanna Be a Sewing Vlogger? [Blogging to Vlogging Guide]

If you’ve been in the sewing blogosphere for some time, but are looking to enter the vlogging world via YouTube – I’m here to help!

While I’ve been working in the world of television for 15 years, I just started vlogging 13 months ago.

Let me get into my background a bit first…

My experience is heavily in television producing, but not the technical side of photography/lighting/audio. That means that I came up with story concepts, set up shoots with people/businesses, field produced, coached talent, wrote packages (a self-contained TV story) and live/taped segments. When I first started out as a news intern, I learned how to report, write, interview subjects, and edit. I’m fully capable of tackling basic editing, but wish I had more expertise in special effects and advanced techniques like color correction. 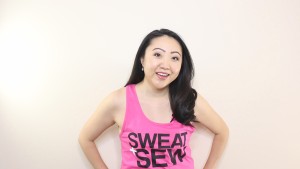 So going into YouTube, I thought it would be easier than it was for me.

All this is to say that I’ve learned a tremendous amount of information about online video that I was completely unaware of before entering this platform.

My first few videos were documenting QuiltCon 2016. While I received great feedback about the quality, and the videos themselves got thousands of views – I was not building a community on YouTube and was doing many things “wrong.”

It was so frustrating for me to be putting tons of time into YouTube without seeing much in the way of results. I’m not kidding when I say that editing each video takes tons of time – WAAAYYYY more than it does to shoot them. On one of my more recent videos, I logged in over 15 hours of editing.

Yesterday, I had to re-shoot two videos due to audio problems and a crappy lavalier microphone I bought – wasting about two hours. Ugh!

Currently, I’ve produced 100+ videos for my own sewing and quilting YouTube channel. Am I happy with all of them? Hell no. But there is a saying in TV: ‘Make air, not art.’ No video is 100 percent perfect, and that’s totally okay. Creating videos is such a subjective process, it does have quite a bit in common with sewing.

A producer once told me, “There are many different ways to tell the same story.”

Because I’ve had quite a few inquiries from people within the sewing community asking about making videos, I wanted to share some of what I’ve absorbed as an online video student.

Don’t worry too much if you don’t have fancy gear and editing equipment. [MY GEAR LIST] Use your phone or an affordable digital camera to start, and use free or inexpensive editing software like iMovie. In my opinion, iMovie is more than sufficient for someone just starting out and doing basic edits.

To be successful on YouTube, it can’t be an afterthought. If you treat it like a hobby, it will most likely just be that. Being a video creator is a badge I wear proudly, and it does require a lot of time, energy, and creativity. Don’t go into it with the assumption that it won’t require much effort. I block out time every day to focus on aspects like batch shooting, sewing projects for vlogs, editing, writing the description and tags, creating thumbnails, etc.

I have seen quite a few very successful bloggers attempt to do video, but the execution is just not there. They do not have much of a following on YouTube versus Instagram and Pinterest. Writing blog content and taking pretty pictures is NOT AT ALL similar to producing high quality videos. There are so many more moving parts in video versus print. TV writing is different than print writing. Your physical appearance, voice, clothing/accessories/makeup, and personality are all HUGE factors in whether people will want to watch your videos.

Take time to invest in education about producing high quality videos. Learn how to shoot video, stage good lighting, use editing software. Develop and hone your on-air personality. Also remember that lighting and audio matter just as much (if not more) as the video picture itself. The majority of the sewing vlogs I’ve seen are more the “bedroom vlogging” variety. This is fine if you’re just experimenting or playing around, but if you truly want to blow up on YouTube – I don’t recommend this as a long term format. The bar for YouTube success is arguably much higher than it used to be back in the “heyday” of the early years of the platform. (You know, when it was mostly home videos of cats and babies)

If you want crazy inspiration – check out this video by beauty vlogger Desi Perkins. She edited this HERSELF!!!??? INSANE! (Girl does NOT have a film/TV editing background – she’s a makeup artist, so #noexcuses!)

Move out of your comfort zone and do something different. After all, it worked for Casey Neistat.

Hope this is helpful to you if you’re considering starting a YouTube channel or even just creating videos for your website and social media platforms! And of course – feel free to subscribe to Sewing Report if you’d like to see what I’m doing.

There are several YouTube channels that I’ve found valuable as a resource for learning more about strategy, tips, and tutorials. Here are some of my favorites:

This one is LONG, but worth the time to watch… 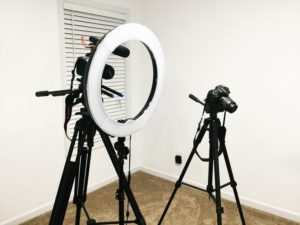 I’m often asked what type of camera equipment is used for filming/photography – here is a source list: (In full disclosure, I’m currently in search of a better microphone solution for audio, and have not found anything I’m absolutely in love with yet)

DISCLAIMER: This video and description contains affiliate links for several different programs. As an Amazon Associate I earn from qualifying purchases. 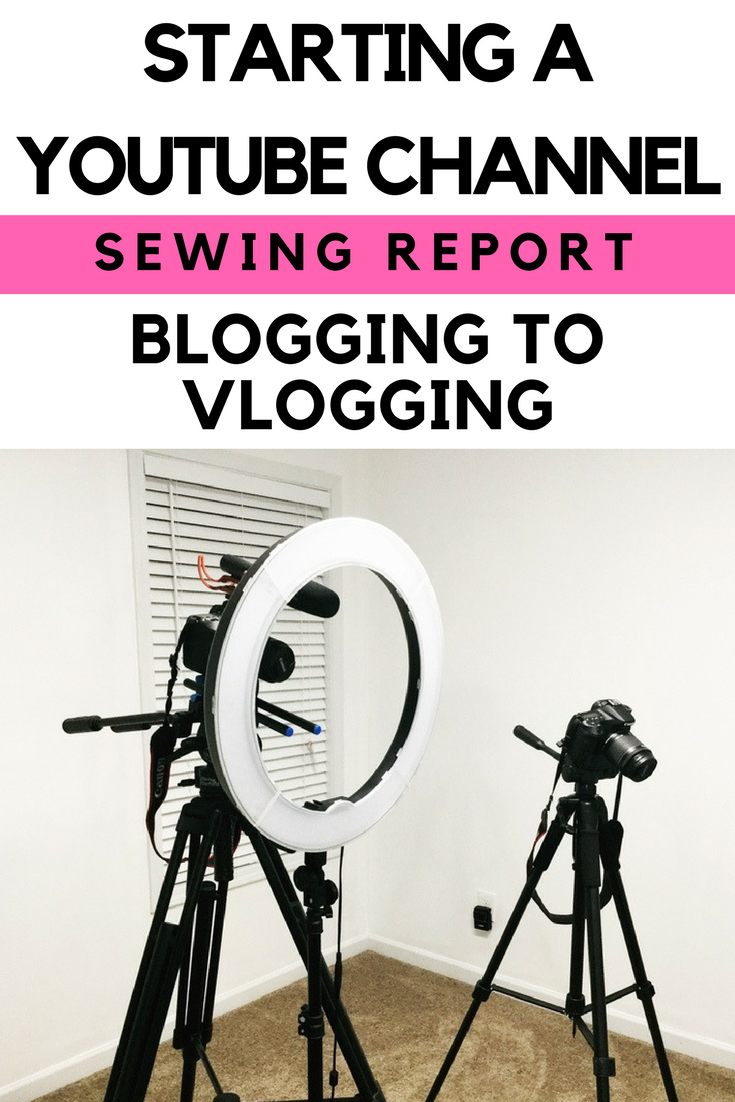